One thing that I've always felt that D&D does poorly is lightly armored warrior types. Additionally, a major issue for tired or neophyte DMs and  players is that they often allow combat to become devoid of any real drama. Strictly speaking, from an entirely gamist perspective, there's not much reason to move about, sunder, or do anything but cause direct damage once a melee type gets in range of another melee type.
To that end, I offer a potential rule addition that I think should be useful for both new and old school games. It is somewhat similar to the Shields shall be splintered rule in that it has the potential to make fights last longer(which may be a good or bad thing), but I believe that it may prove beneficial for a suitably cinematic playstyle.

Rolling With The Blow
I suggest for balance that this be made into either a feat, class/kit ability, or proficiency unless you want to encourage this to be used by everyone. A character with this ability who is not encumbered, and is in light or lighter armor may make a choice when his character is struck in melee combat. He either takes the damage or rolls with the blow. In the simplest version of rolling with the blow, the character takes no damage but "suffers" some other sort of ill effect at the DM's discretion, such as being forced to move out of his current location or losing a held/worn item. This rule can be expanded on with tables and even saving throws and  hit locations that determine the type and severity of the effect.
Posted by 2eDM at 5:56 PM 1 comment:

Getting ready to play Beyond the Wall as an online game and I'm thinking of playtesting a new rule idea.

After combat, if the character spends 1 turn(10 rounds) binding his wounds(which requires materials to do that) he recovers all HP lost during the combat. There are two downsides to this however:
These penalties disappear after a full night's rest, though the damage done by reopened wounds must be healed through natural healing, the healing skill, or magic.
Someone using the healing skill might provide a bonus on the damage save.
Posted by 2eDM at 6:39 PM No comments:

Soooo,the beholder ended up sucking to the point where I don't even want to post pics until I paint it again. However, work has been a bit light this week and I've been able to get some work done on my Warmachine Infernals army.
I didn't like the standard paint scheme used by Privateer Press, so I've kinda been painting everything up how I like.
The Lamenter, light horror: 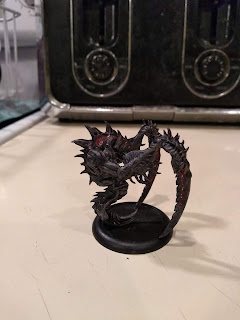 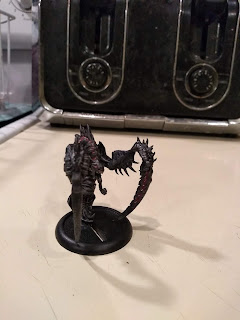 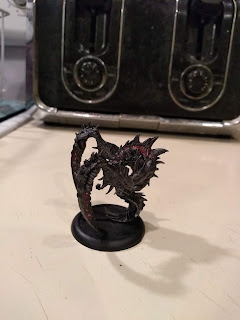 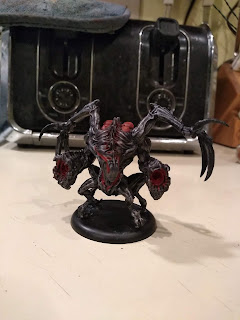 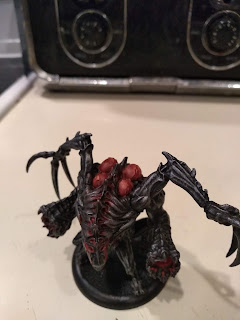 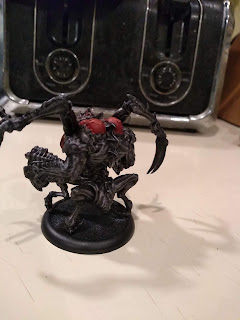 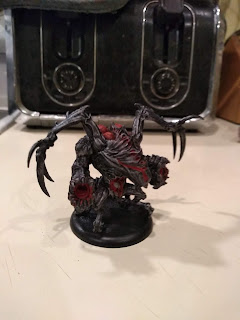 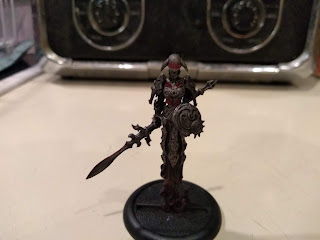 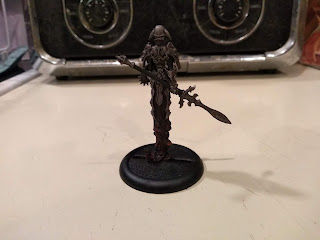 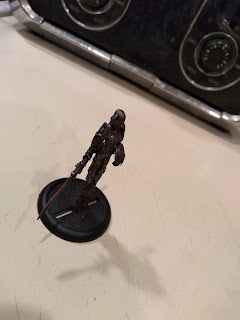 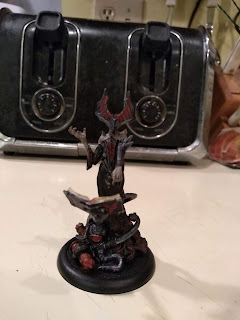 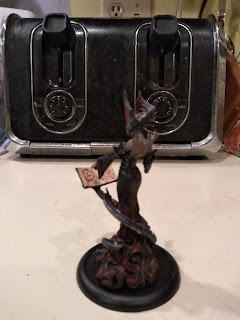 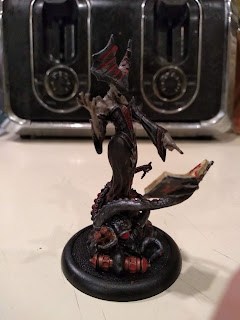 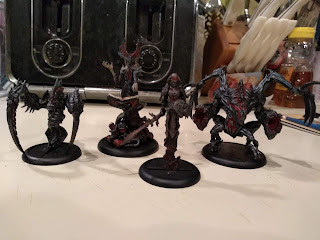 Happy Halloween everyone! Finally getting some new brushes and stuff with my paycheck in a few hours. Then it's off to the FLGS to get some zombicide, battletech, and paint that nolzur's beholder. Planning on having pics up, at latest, tomorrow night with what progress I've completed on it by then.
Posted by 2eDM at 5:03 AM No comments:

One of the better house rules from Iron Heroes was the concept of abstract Armor; a line of stats that the player or DM could define however they wished. As such, here is my (currently unplaytested) attempt at creating a similar system for DCC found here.

I should mention that I am using damage by class, along with the "shields shall be splintered" and helmets negate critical hits at the cost of the helmet.
Posted by 2eDM at 4:32 AM No comments:

Man have things changed.  Not sure how often I'll post, but hoping at least 1-2 times a week. My D&D books and computer were mostly lost, sold to survive, stolen, or destroyed, but I'm not dead yet.
I've been mostly Judging for Dungeon Crawl Classics lately, so I'll likely post stuff for that while I'm trying to get back on my feet.

Joesky Tax
Mana Potion(for DCC)
This potion restores a single "lost" spell to an arcane caster. If the caster has multiple lost spells, the spell restored is determined randomly.
Posted by 2eDM at 4:25 AM 1 comment:

I realize I haven't posted much in forever. I've been busy with other games and with life in general. However, as always, I like generating worlds. Today while looking up some random info on something else entirely I came across this which might be of use to anyone working on games involving hunter-gatherer cultures.
Posted by 2eDM at 7:26 PM 1 comment: